Stella Artois is a classic Belgian lager, golden in color with exceptional clarity and a spicy hop character. Stella Artois was originally brewed as a special holiday beer. It was christened Stella, which is Latin for “star.” The beer was so well received that it became available throughout the year. A protected historical site, the modern Stella Artois brewery, still located in Leuven, was constructed in 2004.

Stella Artois should be served between 36 and 38 degrees Fahrenheit using a nine-step process called the Belgian Pouring Ritual. In Belgium, every beer has its own unique glass designed to highlight the brand’s special flavor, and Stella Artois is no exception. The Stella Artois chalice is designed to ensure that the head foams perfectly and the aroma is preserved. Stella Artois’ crisp, refreshing flavor pairs well with intensely flavored Thai, Asian fusion and Indian dishes such as curries. The bitterness also helps cut through cream sauces in pastas and contrasts the creaminess of flavorful semi-soft cheeses such as Havarti, Morbier and artisanal cheddars. 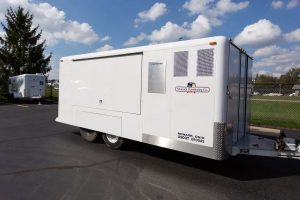